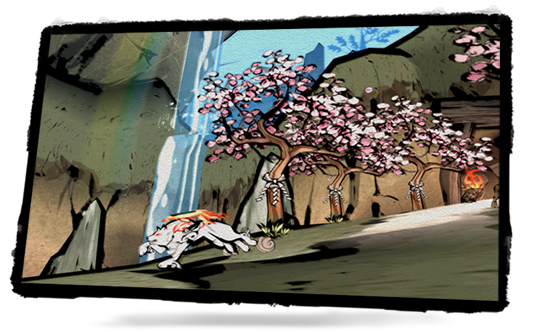 there was a small village called Kamiki Village, where everyone from the villagers to the animals, lived in peace and happiness. But then one day, the legendary monster Orochi, came back to life and put an evil curse on the entire area. Everything that had a bit of life, disappeared from the face of the earth, and in their place was left a dreadful, barren wasteland. 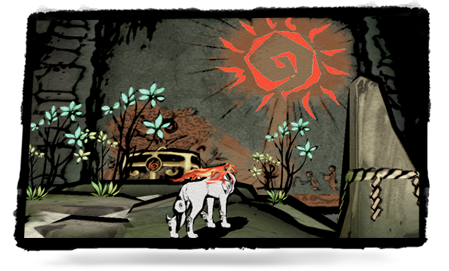 Orochi's horrid curse spread all across the land, turning it into a veritable hell on earth, infested with countless monsters roaming the earth. But there was one hope. The majestic, wolf-embodied sun god Amaterasu.

One-hundred years ago, Amaterasu used the godly power of the Celestial Brush, to face Orochi. But their battle consumed them both, causing them to disappear from the world, with Amaterasu losing the thirteen Celestial Brush powers in the process.

Now in the present, Amaterasu stumbles upon a mysterious fairy sprite named Issun, and together they set out on an adventure, as Amaterasu aims to regain the 13 powers of the Celestial brush and defeat Orochi once and for all. 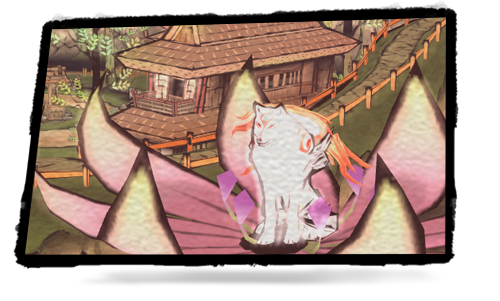 Originally released in 2006 for the PlayStation 2, Okami was heralded as one of the finest titles to grace the system. Praised for its beautiful artistry, captivating gameplay, and memorable cast, Okami was for many, the PS2's swan song. Wii and PS3 versions of the title were later released and were also met with critical success, with many reviewers stating that the "Celestial Brush" was a natural fit for motion controls. 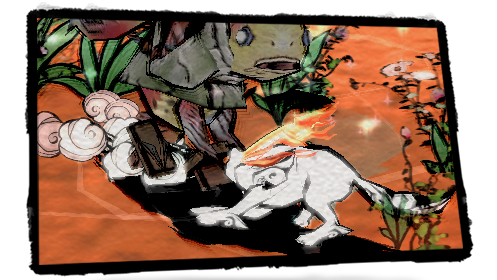